Giannis Antetokounmpo is suing a phone accessory company for trademark infringement over a case that features a cartoon image of the reigning NBA most valuable player going up for a dunk and is named after Antetokounmpo's famous moniker: the "Greek Freak."

In a complaint filed Tuesday in New York federal court, Antetokounmpo said Sportz Cases LLC is clearly infringing the trademark he holds for the term "Greek Freak" by naming its phone case after his nickname, and is violating his right to publicity by featuring his likeness in the design without permission.

"Through his efforts … Antetokounmpo's Greek Freak mark has become famous, and exclusively associated with" him and his products, the star said in his complaint. "Nevertheless … defendant has been designing, selling and distributing phone cases under the Greek Freak brand mark."

Antetokounmpo's complaint includes several trademark infringement and dilution claims, as well as claims for unjust enrichment, unfair competition and violation of the right of publicity, among other things. He is seeking unspecified damages.

The phone case in question is a clear plastic mold featuring a cartoon image on its back of Antetokounmpo going up for a dunk in an outfit that resembles his Milwaukee Bucks uniform, according to the complaint. While the case itself contains no text, Antetokounmpo said Sportz Cases was selling the item as "The Greek Freak Case" as recently as a few months ago.

Antetokounmpo's attorneys at Pardalis & Nohavicka LLP sent Sportz Cases a cease-and-desist letter in October demanding the company stop using the term "Greek Freak" and Antetokounmpo's likeness and turn over an accounting of all profits made on the Antetokounmpo phone case, "which rightfully belong to our client."

Antetokounmpo said Sportz Cases never responded, but the company did change the name of the Antetokounmpo phone case from the "Greek Freak" to "The Baller."

Nonetheless, Antetokounmpo said, "before removing the 'Greek Freak' from its website, defendant had made substantial sales of products under it, capitalizing upon plaintiff's famous mark."

"We provided these people with an opportunity to avoid litigation: They simply have to agree to stop selling the pirated merchandise," Anastasi Pardalis told Law360 on Wednesday. "They refused and they forced Antetokounmpo's hand."

"If he does not protect the rights to his name, he risks losing those rights," Pardalis added. "Giannis and his family have sacrificed much to build his brand. U.S. copyright law will not countenance this kind of theft." 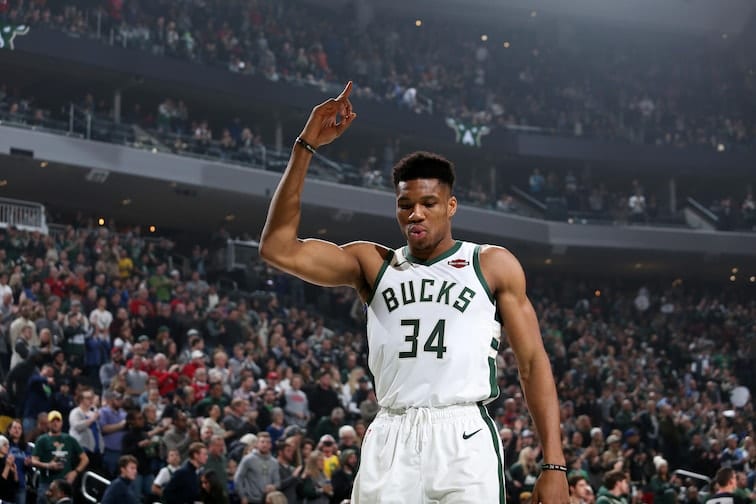 Representatives for Sportz Cases did not return a request for comment.

As his star has risen in recent years, the Bucks power forward has gotten more protective over his nickname — a riff on his Greek nationality and his unusual combination of height, speed and dexterity.

In 2018, Antetokounmpo succeeded in registering the name as a trademark for apparel and backpacks, and he has another application pending for "Greek Fr34k," an alternate spelling featuring his playing number.

Antetokounmpo has already filed at least two other trademark infringement suits against other companies over their alleged misuse of the "Greek Freak" trademark, both of them apparel companies that had featured the term on T-shirts.

Antetokounmpo is represented by Anastasi Pardalis of Pardalis & Nohavicka LLP.

Counsel information for Sportz Cases was not immediately available.