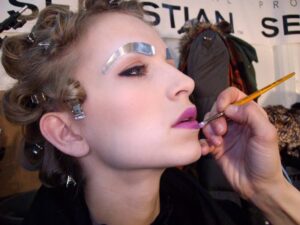 In commercial law, actions speak louder than words. Sephora USA, and Obsessive Compulsive Cosmetics (OCC), had a written agreement:   OCC paid for the branded fixtures their products would be on display in Sephora's stores.

Things went well for a while and the two companies then reached a separate oral agreement that Sephora would be the exclusive purchaser of OCC's products . Relying on that new agreement, OCC did not service any other stores. Then Sephora requested that OCC expand the placement of its products into several new stores, but OCC could not afford the costs of the branded fixtures. So Sephora agreed to share 50% of all fixture costs. OCC agreed and made new merchandise. But then Sephora refused to share the fixture costs and cancelled all  orders.  OCC, stuck with the products, sued Sephora. Sephora made a motion to dismiss saying that the oral agreements were not enforceable.