This week’s case arises out of a dispute between a landlord and his lawyer tenant. The lawyer lost his lease and posted a sign on the office window.  The sign included the following language:  “I AM BEING FORCED TO MOVE FROM THIS BUILDING DUE TO THE GREED OF THE NEW LANDLORD.” The landlord sued for defamation.

Defamation is the making of a false statement which tends to expose a person to public contempt, ridicule, aversion or disgrace, or induce an evil opinion of him in the minds of right-thinking persons, and to deprive him of their friendly intercourse in society.  But the expression of opinion as opposed to the assertion of fact, no matter how offensive, is not defamation. 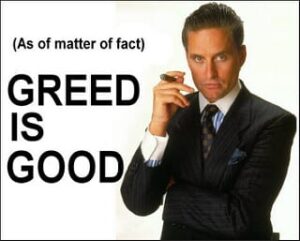 The court noted that “It cannot be objectively proven that someone is greedy.” The Court gave an illustration: one “tenant might believe that a 15% rent increase by a landlord constitutes greedy behavior while another might think that any rent increase exhibits greed.”

Dismissing the case, the Court concluded: “What defendant said was not nice- but it was clearly defendant's opinion.”

The tenant lawyer requested that the landlord pay sanctions for filing a meritless lawsuit. But the judge commented that the lawyer could not put up a sign with a negative characterization of his landlord, refuse to take it down after being asked by both the landlord and the police and be surprised when a defamation lawsuit is filed against him.